I first wrote about this last year in the post about the downsides of Ashland.

But the article in the Ashland Daily Tidings last week brought it up again. I don’t think the non-dog owners around Ashland understand how restrictive this town is. And why that is unnecessary.

I’ve semi-joked for years that I was going to run for Mayor of Ashland (mayorinakilt) and that one of my platform points would be to make Ashland more dog friendly.

I propose one out of every 4 Ashland parks is dog friendly. Ashland spends a lot of money on it’s Parks Department and many of the parks I have NEVER seen anyone in.

I propose that those parks have readily available waste management systems. I believe that part of the dog waste problem has to do with dog owners having to walk their dogs on the sly. Like walking them after dark when picking up after them is an issue. Plus if you are already doing one illegal thing by letting your dog in the park you are more likely to do another and not pick up after it. But with more dog owners using the areas, dog owners would police themselves, because we really do want to be looked upon favorably.

OR: if the city wants to be adamant about peoples pets being quarantined to one “dog park” that is a drive (read: making Ashland less walkable: more driving: bad for the environment) for most Ashland residents. Then there should be consistency for all pets. There are at least 10 cats on my block that roam the streets freely. They are pets, most of them having collars. Ashland should ban all cats from being out on city streets except we could give them Garfield Park (pun intended).

P.S. This is my first post from the iPad. The app apparently doesn’t have a save as draft function. I will attach links to my last blog post and the DT article when I return to my computer, but my only option at this point is to publish. 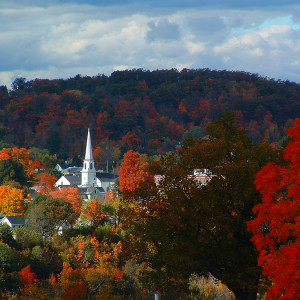 New Property Tax Info for Jackson County is Out