After a number of years of downturn, it is refreshing to see a rebound in the real estate market in Ashland and Jackson County. The hard economic times that we all weathered through that started with the crash in the real estate market that was caused in large part by the lending practices and gambles made by investment firms on Wall Street seem to have run their course…this time.

We all hopefully learned from this cautionary tale, although when greed abounds I’m sure we are destined to make the same mistake again. But as individuals, we can all make decisions that are based on our personal needs and goals and stay within the bounds of safe real estate purchasing.

I anticipate based on my own research, and that of the head economists from both the Realtor and Home Building associations, that we have started a recovery that is expected to last many years. While I am personally hoping that the frenzy doesn’t lead again to another bubble and responsible purchasing and lending are the rule, we all need to be cautious and not overextend with the same misconception that real estate prices “NEVER” go down.

So where does that leave us today? The market here has definitely picked up steam and sales have been very strong. I said for years to people who asked me if we had hit the bottom of the market yet that the only way we would know would be 6 months to a year after it happened. And according to the numbers, I would say the bottom occurred back in the summer of 2012, although it could be argued easily that it was the summer of 2011.

Now that we have a full year of a strengthening market under are belts, it is a good time to look at what the numbers are.

In the summer of 2012, 49% of houses sold in Jackson County were distress sales, meaning either a foreclosure or a short sale.  In 2013 that number dropped to only 19%. While still significant, it is a huge one year improvement.

In the summer of 2011, the median sales price for a home in Ashland was $275,000. In 2012 the median sales price was $292,000. In 2013 that price jumped to $322,000. That is a 15% increase over 2 years. While I would be hesitant to call it appreciation, it does show the strengthening of the market due in large part to the reduction of distressed sales whose competition drag the market price down of all homes.

Now the final number I will throw at you is the absorption rate, which is just a fancy way to say supply vs. demand. In the 3 month period stated above, an average of 33 houses a month sold. There are 230 houses on the market. If no new houses came on the market, and houses continued to sell at the same rate…there would be no available inventory left in 6 months. Common wisdom states that a 6 month supply of housing is a stable market. Less than 6 months is a sellers market, more than 6 months is a buyers market.

So the conclusion is that we are looking pretty good at the current time in the housing market. There are buyers out there looking, and sellers are feeling that the market is healthy enough to sell. Those looking to move up or downsize feel the ability to do so. But if there is one thing the last 10 years has taught me is that anything can happen. All we know for sure is what is going on today, and we must all make out best decisions based on that point in time reference. 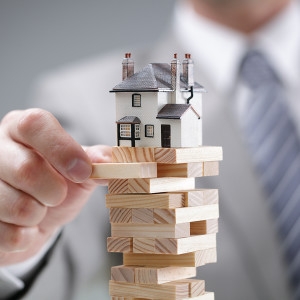 By the numbers--short sales and REO's 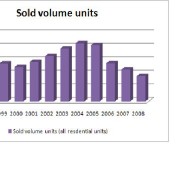 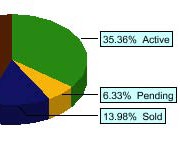 Bigger is not necessarily better 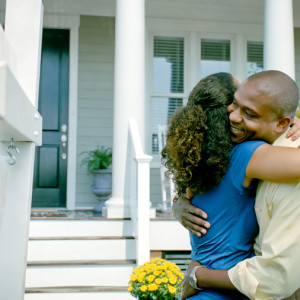