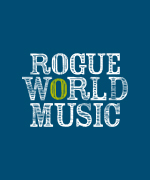 This is from our Sneak Preview column called the 501c3 Files

Summer, summer, milk of the calves, We brought the summer with us. Yellow summer of the clear bright daisies, We brought the summer with us! This is just one of the lines from the song Thugamar Fein An Samhradh Linn (This is Gaelic, not typos.) that Rogue World Ensemble will be singing May 21st and 22nd right here in the Rogue Valley. Of course it will be sung entirely in Irish Gaelic because that is just how they roll. This concert alone has over seven different cultures represented from Turkish to Swedish to Haitian French. And now Rogue World Music has created a children’s group called the Rogue World Choristers. A natural extension to reach even more of this community!

Singing with The Rogue World Choristers is a beautiful way for children to learn about the world’s folk music traditions while developing their musical skills in a fun and supportive atmosphere. Shaun Garner, the Artistic Director says: “These children come to us, often with no prior training and yet, by the time twelve weeks of rehearsal has ended they are a true choir singing together and understanding the cultures each song represents. It’s incredible to watch.” The children have a lot of fun with the lyrics. One of the lines the kids like from a song from Ghana this term is: “Tu-eh, tu-eh, barima tu-eh tu-eh; Rice cakes for sale! Come buy my rice cakes!” The Choristers have two sessions per year, one in fall the other in spring and there are scholarships available. Singing in a choir is known to improve both cooperation and leadership skills and even lowers stress levels and improves concentration.

The Rogue World Ensemble was founded in 2009 by Megan Danforth with the goal of bringing music back to its community roots. According to the choir members, this choir has a really different feeling from other choirs. It is very inclusive and approachable. Here are some quotes from choir members: “I have been in other choirs where I hardly even spoke to the others in my section. This feels more like hanging out with friends.” “I get goosebumps singing the Eastern European songs that connect me to my heritage.”, “Joining this group helped me find my voice again after twenty years without singing.” Many of the singers talked about feeling connected and grounded being a part of this group. Two members drive to rehearsal once a week from Grants Pass and one from Williams. That’s dedication!

This is the music of the people, by the people and for the people. It is full of simple and beautiful sentiments like “I am sister to the roses, I am sister to the foam, to the egrets, to the roses and the sun…” and “O Pirin Mountain, how beautiful you are…” Some of the harmonies and scales are hauntingly different than what you hear on the radio. They help bring the far away countries a bit closer and that brings us all closer. In this time of great immigration issues it is important for all of us to remember and celebrate the cultures from which we came.

To help foster the authenticity of the songs they sing from different cultures, RWM brings in experts to help with pronunciation and style. Part of the choir experience is to attend workshops to really dig in to another culture. From Eastern European music with Kitka, Ugandan music with Samite, to Appalachian, Cape Breton and Gospel Music. Rogue World Music also helps promote other local world music in the area such as the folk dances held at Paschal Winery with Omada Kosmos and house concerts with the world class music of Kevin Carr and Pat O’Scannell.

The next Rogue World Ensemble concert is called Travelin’ Light and will be held at the Unitarian Fellowship 7PM on Saturday May 21st and again at the Bigham Knoll Ballroom in Jacksonville at 4PM on Sunday May 22nd. For more information visit www.RogueWorldMusic.org. Celebrating community, diversity and the human spirit through world folk music.